Nutrition Before And After Laryngectomy Operation are important for every laryngectomee.

Eating may be a lifelong challenge for laryngectomees. This is because of swallowing difficulties, decreased production of saliva (which lubricates food and relieves mastication), and a change in one’s ability to smell.

The need to consume big quantities of fluid while eating can make it hard to consume large meals. This is because when liquids fill the stomach there is little room left for food.

Since liquids are taken in within a relatively short period of time, laryngectomees end up having numerous little meals rather than fewer big ones.

Consuming food that stays longer in the stomach (e.g., proteins such as white cheese, meat, nuts) can reduce the number of daily meals, thus lowering the need to drink liquids.

The consumption of large quantities of liquid makes for  really regular urination throughout the day and night. This can disrupt one’s sleep pattern and can cause tiredness and irritability.

It is essential to find out how to eat without consuming excessive amounts of liquids. For instance, easing swallowing difficulties can decrease the requirement to consume fluids, while consuming less liquids prior to bedtime can improve sleeping patterns.

Those who suffer from heart issues (e.g. congestive heart failure) may experience issues due to straining their bodies with excess fluid.

Nutrition can be enhanced by: 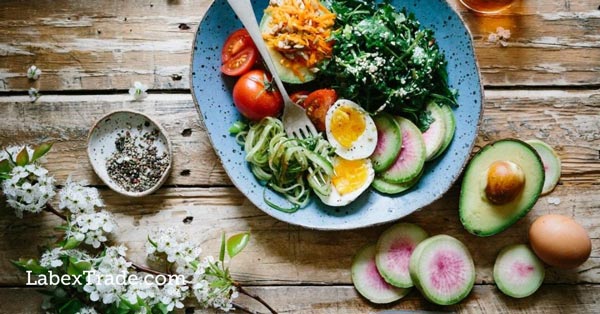 It is important to make sure a laryngectomee follows an appropriate and balanced nutrition plan which contains the proper components, regardless of troubles with their eating.

The support of nutritionists, speech and language pathologists (SLPs), and doctors in guaranteeing that one keeps adequate weight is extremely useful.

Nutrition Before And After Laryngectomy Operation are important for every laryngectomee.

Food reflux – a condition in which the stomach contents leak backwards from the stomach into the esophagus.

Most laryngectomees are prone or develop gastroesophageal reflux illness, or GERD.

A ring of muscle fibers in the lower esophagus prevents swallowed food from returning up. There are two muscular bands or sphincters in the esophagus that avoid reflux.

behind the larynx at the start of the esophagus in the neck.

When the lower esophageal sphincter (LES) does not close all the way, stomach contents can leak back into the esophagus. This is called reflux or gastroesophageal reflux.

Severe stomach acids can likewise damage the lining of the esophagus.

When there is a hiatus hernia, the lower esophageal sphincter often ends up being jeopardized which happens to more than three quarters individuals over seventy.

During a laryngectomy the sphincter in the upper esophageal sphincter (the cricopharyngeus which usually prevents food from returning to the mouth) is removed.

This leaves the upper part of the esophagus always open and flaccid which may lead to the reflux of stomach contents up into the throat and mouth.

Therefore, regurgitation of stomach acid and food, specifically in the first hour approximately after consuming, can take place when bending forward or lying down. This can also happen after strong exhalation of air when those who use a TEP attempt to speak.

Taking medications that decrease stomach level of acidity such as antacids and proton pump inhibitors (PPI), can reduce a few of the side effects of reflux, such as throat inflammation, damage to the gums and bad taste.

Not lying down after eating or consuming likewise helps avoid reflux.

Acid reflux takes place when the acid that is generally in the stomach goes up into the esophagus.

The signs of acid reflux include:

Steps to decrease and prevent heartburn include:

If the GERD symptoms are extreme or continue for a long time and are difficult to control, it is advisable to see a doctor.

Laryngectomees who speak through a tracheoesophageal voice prosthesis have, when they swallow, difficulties in speaking. This is particularly difficult during the time it takes the food or liquids to go by the esophageal TEP site.

Speaking throughout that time is either difficult or sounds “bubbly.” This is because the air introduced into the esophagus through the voice prosthesis has to travel through the food or liquids.

It is for that reason important to consume slowly, blend the food with liquids while chewing and allow the food to go through the TEP area before trying to speak.

Regrettably it takes the food much longer to go through the esophagus, in somebody who has had a flap to replace the pharynx.

This is because the flap has no peristalsis (contraction and relaxation), the food goes down generally due to gravity.

There are eating and swallowing workouts that a SLP can teach a laryngectomee that might assist them in relearning how to swallow without problems.

The majority of laryngectomees experience problems with swallowing (dysphagia) instantly after their surgery. Since swallowing includes the coordination in between more than twenty muscles and a number of nerves, damage to any part of the system by surgical treatment or radiation can produce swallowing problems.

The majority of laryngectomees relearn how to swallow with minimal issues. Some may only require to make minor modifications in consuming such as taking smaller bites, chewing better, and consuming more liquids.

Some experience significant swallowing troubles and require help in learning how to improve their ability to swallow by dealing with a SLP who focuses on swallowing disorders.

How to get rid of (or swallow) food that is stuck in the throat or esophagus.

Some laryngectomees experience persistent episodes of food becoming stuck in the back of their throat or esophagus and avoids them from swallowing.

Clearing the stuck food can be accomplished utilizing these methods:

Some laryngectomees report success in eliminating the obstruction by carefully rubbing their throat, strolling for a couple of minutes, jumping up on their feet, sitting and standing a number of times, hitting their chest or the back, using a suction maker with the catheter placed in the back of their throat, or simply waiting for a while till the food has the ability to descend into the stomach by itself.

If absolutely nothing works and the food is still stuck in the back of the throat it may be essential to be seen by an otolaryngologist or go to an emergency room to have the obstruction got rid of.

Laryngectomees are normally not allowed to swallow food immediately after surgical treatment and need to be fed through a feeding tube for two to three weeks.

While taking nutrition through NG-Tube it is very important to feed extremely slowly.

If you push the food in too fast, the laryngectomee will get what’s called “discarding syndrome” where everything you put in, will come out in one way or another.

If you can get a hanging bag, that works excellent. There is also a pump you can get that will feed throughout the day in little doses if your insurance will cover it.

This practice, nevertheless, is slowly altering.

There is increasing evidence that in standard surgical treatments, oral consumption can start with clear liquids as soon as 24 hr after surgery. This might also assist with swallowing as the muscles involved will continue to be used.

Tips on how to handle nutrition after Laryngectomy: 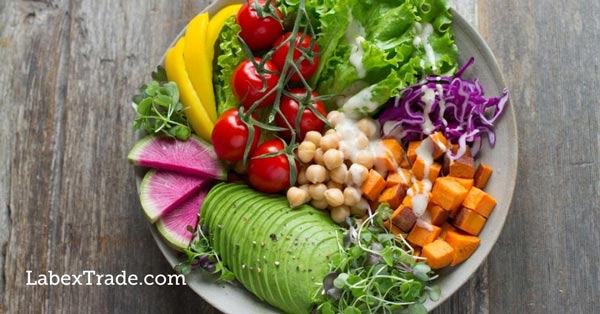 Swallowing problems may enhance over time. Dilatation of the esophagus may be needed if the narrowing is irreversible. The level of the narrowing can be assessed by a swallow test.

See some of our Stoma Care Products and Labex Electrolarynx Devices!